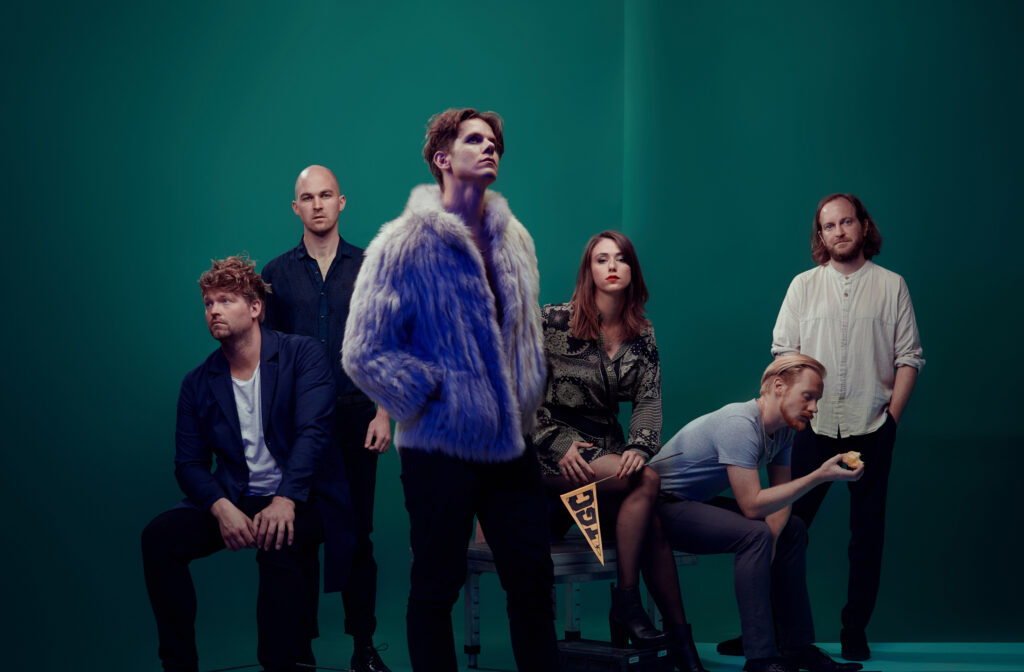 The Great Communicators are:

The Great Communicators, a band from Amsterdam and The Hague, was off to a flying start with their debut-EP ‘Bide your time’ in 2014. Working their way through the Dutch scene in the following years they wrote their first full-length ‘Lucky Horse’. A strong debut record full of exciting indierock tracks. Because of their success they played some of the bigger Dutch festivals, went on live-radio and tv and even opened a show in the Ziggo Dome.

Things were going well for the Communicators up until the point that they had to part ways with their singer and frontman Arend Dijkstra couldn’t get out of a writersblock. Their manager, record label and booker decide to drop out and the group is left to their own devices.

It has been 4 long years, but sometimes you have to break it all down before you can build it back up again. The Great Communicators have done a lot to create their new future. A future with new songs and a groovy new sound on a new full-length album. ‘The Endless Haze’ sounds like a cohesive collection of songs written by an indestructible band, a group of people that have liberated themselves from their torment and are now stronger than ever.

The recording process captured every bit of disappointment, doubt, hope and delight that they went through, so that it could all be put together on this album. ‘The Endless Haze’ showcases influences from Beck, Arcade Fire and LCD Soundsystem among others, all melding together in a sweltering vortex pulling the listener through a house of mirrors full of unexpected twists and turns. You’ll hear driving drum and bassgrooves that carry all the colourful, yet razor sharp guitar- and keymelodies together with swinging percussion and energetic vocals. The Great Communicators and their new sound are a force to be reckoned with.